RIPL cardholders now have fine-free lending status. For questions about this new policy, please see the How Do I  section, or click the Fine Free Policy box to read our post on this exclusive benefit for RIPL cardholders!

The Rock Island Public Library first opened to the public on November 25, 1872, in a rented location in downtown Rock Island. Because the pre-existing private library donated shelving, books, and the services of their director, Miss Ellen Gale, the Rock Island Library was able to be the first public library to open for business after the passing of the 1872 Library Act in the State of Illinois. In 1903, the Downtown Library opened for business.

We’ve continued to evolve, serving the public with a collection of community centers, outreach efforts, and online opportunities. 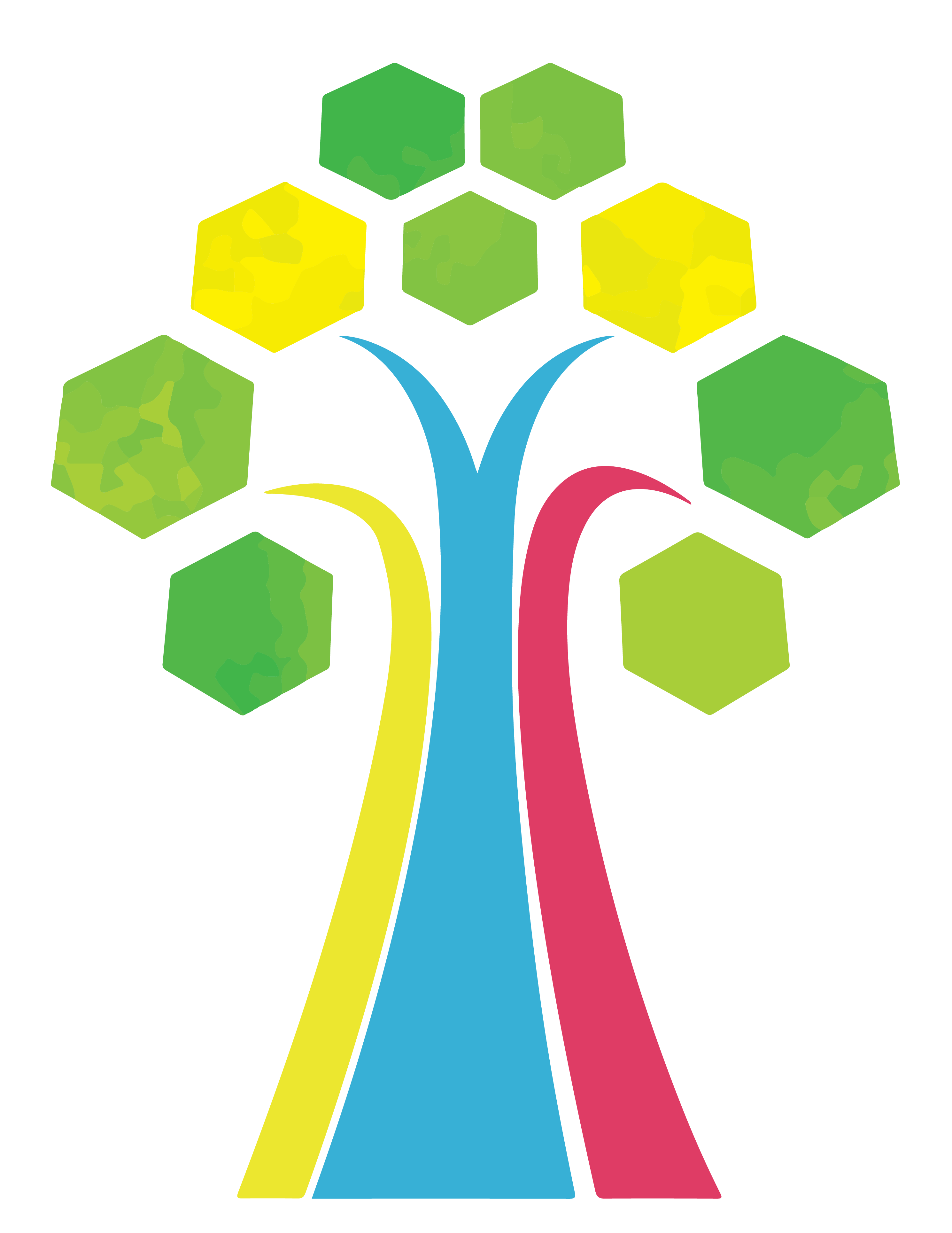 The Rock Island Public Library will celebrate 150 years of service to our community in 2022. Because of our longevity and continued positive impact, we have arranged our 2022-2025 Strategic Plan around four outcomes that spell TREE: Transformative, Relevant, Equitable, and Engaged. We can think of no better analogy for a public library than a tree. A long-lived, strong, sturdy, perennial, yet ever-changing organism, with a main trunk that supports branches reaching outwards.

The trunk of our TREE lives downtown and supports the entire ecosystem of the library. Our tree trunk also includes a branch in our southwest area, the upcoming Watts-Midtown branch, a mobile library providing outreach to all, and our online “branch” with digital resources.

The Rock Island Public Library makes our community stronger by connecting people to resources, services, events, and each other.

Enhancing the livability of our service areas by offering in-person and online resources that cultivate literacy, belonging, and personal growth

In 1855, Rock Island established a private “Association” library funded by subscriptions and donations from local business leaders.  Members paid $3 annually (the equivalent of about $95 today.) This early library would last just two years.

In 1865, the privately-funded “Young Men’s Literary Association” started another subscription library.  To provide more revenue, the YMLA sponsors lectures with well-known speakers, such as Clara Barton and Ralph Waldo Emerson. At the time, there was no mechanism of public taxation for libraries. In 1868, the YMLA hired 15-year-old Ellen Gale as their librarian.

Following the disastrous 1871 Chicago fire that destroyed many private libraries, the State of Illinois authorizes communities to assess taxes for public libraries. Passed on March 7, 1872, this public library act made municipal libraries possible.

In reaction, the public-spirited Young Men’s Literary Association board offered its entire private library collection, rented space, and library director to the City for the purpose of opening a truly public library. The City Council accepted the offer, and plans proceeded for Rock Island’s first free public library.

The doors of the first Rock Island Public Library opened November 25, 1872 with Miss Gale as the new director. It was a job she would hold another 64 years! Though Elgin and Chicago had previously moved to establish a library board, RIPL was the first Illinois public library to open for business after the Act’s passing. The library’s first facility was located in Room 17, a 24 x 48 foot space, of the Post Office Building over the Mitchell & Lynde bank, located just north of 2nd Avenue and 17th Street. Just one day after opening, the board held a special meeting to add a second adjoining room!

From 1872-1903, the Mitchell & Lynde building served as the Library’s home. Overcrowded, cramped quarters were a continual issue, and no wonder. By 1881, the collection had grown to 6,404 volumes, three times that of opening day. By 1895, the growing collection and increased use of the library led to calls for a permanent building. Much of the immediate funding would come from a former Rock Island businessman, lumber baron Frederick Weyerhaeuser.

By 1899, the Rock Island City Council and the Library Board agreed on the need for a new library. On April 3, 1900, the library board purchased a lot in Spencer & Case’s Addition at the southeast corner of 19th Street and 4th Avenue. The final price and fees totaled $8,878.88.

While the City Council approved taxation for the new library, the monies were to be collected over seven years at $10,000 each year. To help the project start earlier, former Rock Island lumber baron Frederick Weyerhauser (then living in St. Paul, MN,) offered a $50,000 advance at 5% to be paid back out of collected taxes, and a separate $10,000 donation for furnishings and books.

After approving the plan by architect L.M. Drack, of Drack and Kerns, the board opened bids for construction on June 6, 1901. Collins Brothers won the bid. Because the $70,000 estimated cost was over budget, Frederick Weyerhauer allowed the library to apply his $10,000 furnishings gift to construction, and pledged an additional $2,500. His former business partner, F.C.A. Denkmann, matched this gift.

The new Rock Island Public Library opened on Dec. 15, 1903. Local newspapers called it “Rock Island’s new Temple of Literature.”  Citizens marveled at “one of the handsomest appointed [libraries] in the State outside Chicago,” said the Argus. For interior views of the original library, please see our photo gallery.

The decorative frieze (an architectural term for an engraved band around the top of a building) was approved by the Library Board in September 1902. The 12 authors who appear on the sides of the Downtown Library building are:

Most of these names are still well-known. Bancroft is for George Bancroft, American historian involved in the “Grand Excursion: of 1854. Esaias Tegner was a 19th century Swedish poet, who would have been very familiar to Augustana College faculty and alumni.

From 1909 through 1960, Rock Island Library operated branches in public schools to provide students with library services.  The library established a juvenile corner in 1899 at their rented space, and continued service to children in their first permanent home. A separate Children’s Department was added to the second floor of the main library in 1910.

Both 30/31 and Southwest occupied portions of City firehouses, and were later expanded as part of the Library’s Vision 2000 remodeling project.  30/31 operated until December 2019, when it closed to prepare for the larger Watts-Midtown Branch planned on 30th Street.

The Southwest Branch expanded from 1,500 feet to 5,373 square feet in 2000, and continues to operate today. It receives support from the library’s service contract with the Milan-Blackhawk Area Public Library District, which began in 1989.

From 1960 to December 1990, school branches were replaced with a mobile “branch,” the library bookmobile.  In 1963, a bookmobile garage was built on the east side of the Main Library.  The garage was later removed to make way for the 1985-86 library expansion.

Bookmobile services would later return in January 2020 in the form of a new outreach and materials vehicle called Library2Go.

In 1955, the 2nd floor Children’s Room was moved to the ground floor. The 2nd floor space was repurposed into the Community Room with the addition of a small stage.

The Rock Island Public Library celebrated its 100th birthday with a week of festivities, including a banquet and public reception featuring remarks by nationally known authors Fletcher Grebel and John Gardner. They also spoke at local colleges and public schools, and participated in a writers workshop.

A new addition, paid for by community fundraising, expanded the main library to 30,000 square feet. More book stacks, a mezzanine level, and a ground floor accessible entrance were added. The renovation also restored the authenticity of the original building by:

As a finishing touch, the Harris and Katz families donated a sculptural fountain for the north side of the new addition. The official name for the fountain is “Essere Umano” (to be human), although it is more commonly known as the “library swans.”

Eleven years later, the library recognized its 125th anniversary. From October 1997 to 1998, the library celebrated with a new lecture series on the library’s frieze, the Vision 2000 fundraising campaign, open houses, author programs, a humanities festival, children’s events, the publication of a library history, Miss Gale’s Books, and other festivities.

In 2006, the downtown library received a cosmetic remodeling, including new carpeting, paint, construction of new Circulation/Reference Desks, offices and the addition of a computer lab in a former periodical storage room. That space was later repurposed as a library office, and eventually, as the home of the Midwest Writing Center in fall 2016.

Other building maintenance and upgrades included a seven-month stone restoration and roofing project  in 2015. Funded by the City of Rock Island’s Capital Improvement Project (CIP) plan, the project rebuilt the 19th Street stairs, replaced a central chimney stack, and restored exterior stonework. Other changes would follow to continuously improve and upkeep the historic building, including a widespread upgrade of the building’s heating, cooling and lighting systems in 2021. 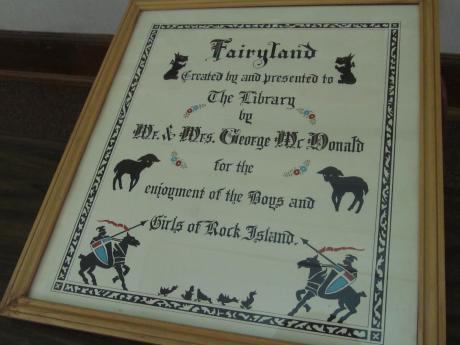 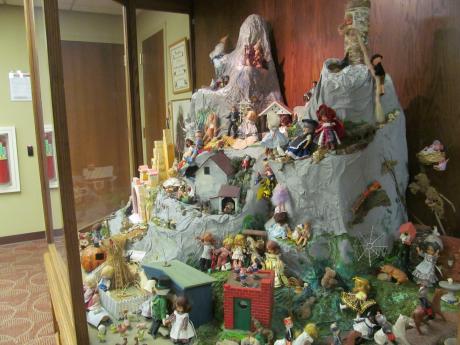 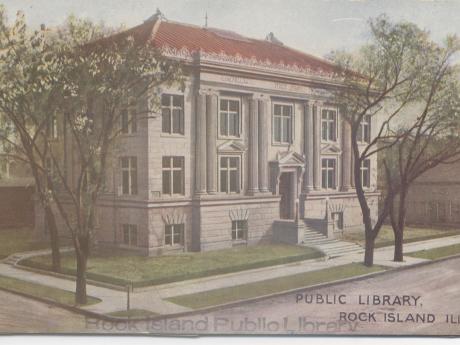 Stay Up To Date!

Get the latest updates about what’s happening at the library! Sign Up